Ephedra diet supplements are also known as ma huang. They are a strong stimulant found in popular “herbal phen-fen” weight loss products. Despite it’s widespread use in over-the-counter weight loss pills, there is only limited evidence that it promotes weight loss. However, some studies, as well as tens of thousands of satisfied ephedra users, claim they support its use. 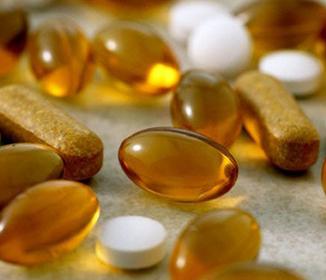 The FDA acted after it received over 800 reports linking ephedra with dizziness, headaches, chest pain, psychosis, seizures and strokes. Some states banned the stimulant before the FDA acted. They claimed that when ephedra is taken regularly in weight loss supplements, your body stays in an unnaturally high gear and there is risk for heart palpitations and heart attacks.

The ephedra diet supplements manufacturers did not go down without a fight. In fact, two manufacturers made a last ditch effort to have the US District Court in New Jersey enter a temporary injunction to prohibit the FDA from enforcing the rule. But the court ruled that it would not stay the rule immediately and asked that the parties submit additional briefs. So, the saga continues though the pills are not currently permitted.

Many dieters loved ephedra diet supplements because they could lose weight without diet or exercise. Clinical studies showed that ephedra products worked on non-exercising people. There are very few supplements in the world that work without exercises. In one study subjects lost 10 pounds of fat in 6 weeks from taking 20mg of ephedrine, 200mg of caffeine and 325mg of aspirin 3 times a day without doing any exercises.

Ephedra occurs naturally in the central nervous system. It is a stimulant obtained from the Ephedra equisetina plant, but is now made by chemical synthesis. It is a white crystalline product soluble in water and very soluble in alcohol. It is closely related to methamphetamines, although much less potent and longer acting.

Now that ephedra diet supplements are banned, products made with ephedra leaves are being marketed. But many dieters are finding that these products are no substitute for the real thing. Ephedra leaves are legal, but many claim they are completely ineffective.