Gluten Free Diet And You 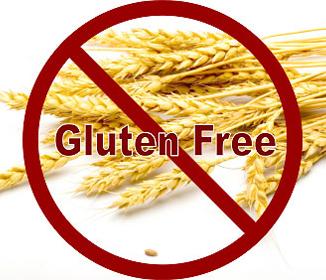 Gluten is certain type of protein. Gluten is found in foods such as rye, wheat, and barley. Because most breads and cereals make use of these foods, they usually also contain gluten. Just because the food is a grain, doesnt necessarily mean it contains gluten. For example, wild rice, corn, buckwheat, millet, amaranth, quinoa, teff, soybeans and sunflower seeds dont contain gluten.

There is some controversy surrounding oats. There is conflicting reports about oats. Many processed foods contain gluten, because it is used as a food additive by many food manufacturers.

Who should be on a gluten free diet?

If you suffer from an autoimmune disorder of the small intestine, called celiac disease, you will most likely be put on a gluten free diet. Celiac disease is often misdiagnosed as irritable bowel syndrome. Some people have the disease but dont really show any outward symptoms. The most common symptoms of Celiac disease include: Chronic diarrhea, the inability to gain weight, unexplained iron-deficiency anemia, bone or joint pain, arthritis, depression or anxiety, tingling numbness in the hands and feet, seizures, canker sores, missed periods, itchy skin rash, and fatigue.

Weight Loss Tricks To Help You Out

Want To Lose Weight Use These Tips

Use These Great Tips To Help Your Weight Loss Plan

Tips To Arm You In The War Against Weight Loss