One of the Key Secrets to Life Long Leanness

One of the things that I do on a regular basis to help me continually learn about fitness success and failure is observing people’s habits and actions. I feel that these observations are equally as important as reading books, journals, articles, etc. for improving my knowledge of what works and what doesn’t in fitness.

Something that happens to me on a regular basis when I meet people is that once they find out that I’m a fitness professional, they start asking me questions about the things that they eat or how they exercise, and what my opinion is on it. I don’t mind this, because it gives me some insight on exactly what people do, what they believe, and how things have worked for them. 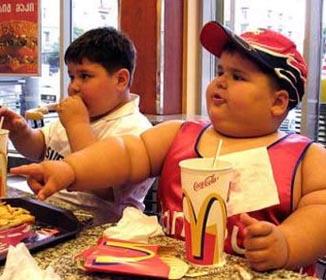 I will qualify that I only give my advice if it is asked for. I never preach about fitness to someone who didn’t ask for my advice. After all, I know I don’t want people preaching to me about their expertise if I didn’t ask for the advice.

So, one thing I noticed while on vacation last week in the carribean was that out of hundreds and hundreds of people from all different countries that were walking around the sunny resorts in bathing suits, I only saw a grand total of about 4 people that had anything resembling six-pack abs. That’s only 4 people out of probably close to 1000 that I saw throughout the 7 days!

This observation has nothing to do with their actions while on vacation, just about their current state of fitness. Now obviously most people, including myself, are not following their normal actions and behaviors on vacation that they would in normal life. That’s not the point.

I make observations about the habits and actions of both the fit people and the fat people on a daily basis to help determine successful vs. unsuccessful actions. It could be at grocery stores, at the gym, at restaurants, at the office, at someone’s house…all are potential spots to learn why people are either fit or fat.

Start paying attention to the actions of the people around you on a daily basis, and their corresponding body shape, and you’ll learn a lot. Here are some examples of things you may notice:

You might notice that the overweight woman at the office who claims she can never lose any weight is actually the first one in the kitchen whenever someone brings in free donuts or cookies. You might also notice that the guy with the beer gut, who says it’s impossible for him to get rid of the gut, is skipping breakfast on a regular basis (a killer for your metabolism), and drinking 2 or 3 sodas a day without even realizing it. No wonder he’s got a beer gut! On the other hand, you might also notice that the girl with the slim figure, who seemingly eats all kinds of junk food (and everyone gripes that she should be fat with all of that crap she eats), never actually finishes more than half of what she’s eating. When you take a closer look, she’s actually not eating that many calories day in and day out, and that’s why she’s lean. It’s not always as it appears on the surface.

The point is that there’s always an underlying reason why someone is either fat or fit, and it revolves around their lifestyle, their actions, their habits. Look a little deeper and you’ll learn a lot about why people fail and why people succeed with weight management and other fitness goals.

If Fast Food is a Must, Make the Healthiest Possible Choices

Does Hoodia Work for Weight Loss, or Just Empty Your Pockets

Cardio Workouts Are Not the Best Way to Lose Body Fat