New weight loss supplements are constantly being developed and released to the public. Most supplements make large claims, but rarely are they backed by scientific research. One substance that scientists are actually excited about is raspberry ketone.

One clinical study, conducted in 2010 by the Korea Food & Drug Administration, found that raspberry ketone supports fatty acid oxidation and increases lipolysis. Studies have also found that taking the supplement with a high fat diet can actually prevent individuals from putting on unwanted weight. These actions are leading both fitness experts and dieters to begin using this substance to stimulate fat loss and improve their overall body composition.

The Benefits: Why the Hype? 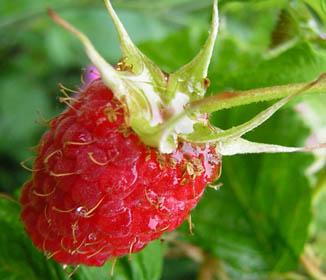 Raspberry ketone is an aromatic chemical compound derived from red raspberries. According to medical experts, the benefits of raspberry ketone are numerous. This natural compound stimulates the release of adiponectin and creates a state of ketosis.

Adiponectin is a hormone responsible for many of the compound’s benefits. This hormone is created in the fatty tissues and plays an important role in metabolic function. In fact, adiponectin is the hormone that supports fat metabolism and controls the conversion of fat to energy. Increasing the production of adiponectin improves an individual’s sensitivity to insulin, stimulates fatty acid catabolism and increases energy production. By stimulating adiponectin synthesis, dieters are able to reduce excess body fat and transform their bodies.

The benefits of raspberry ketones are also attributed to the compound’s ability to trigger ketosis. Ketosis is a metabolic state categorized by elevated blood ketone levels. Ketones are normally formed from fatty acids when the body’s glycogen stores have been depleted. In the past, dieters had to activate ketosis by restricting their carbohydrate intake. Today, dieters can put their bodies in an active fat-burning state by increasing their consumption.

By increasing adiponectin production and activating ketosis, raspberry ketones offer a wide range of benefits. The production of adiponectin, the hormone triggered, is directly dependent on a person’s body composition. People who have a lot of adipose tissue produce much less adiponectin than leaner individuals.

Normally, the only way to increase the body’s supply of adiponectin is to lose weight. Unfortunately, because low adiponectin levels slow the metabolism, it can be very difficult for dieters to reduce their fatty tissue and increase adiponectin synthesis. Thanks to the benefits of raspberry ketone, dieters can stimulate adiponectin production, accelerate their metabolism and increase their insulin sensitivity much quicker than ever before.

To further fat loss, the raspberry ketones also increase the amount of ketones in the blood, therefore putting the body in a state of ketosis. When the body goes into ketosis, fatty acids are transported out of the cells to be metabolized into glucose. When combined with a faster metabolism, this benefit makes it much easier for dieters to lose weight without feeling fatigued or famished. In fact, raspberry ketone is so effective that users are not forced to starve themselves or spend hours at the gym to lose weight. While the compound is more effective when combined with a healthy diet and exercise plan, raspberry ketones are powerful enough to do much of the work on their own.