Natural compounds contained in raspberry plants that are capable of regulating metabolism the same as capsaicin and synephrine, and are chemically similar to them, are known as raspberry ketone. The reason that raspberries smell so pleasant is also because of the ketones, and they are also used in processed food as a flavoring ingredient. The compound is used in cosmetics to give them a nice aromatic scent. After numerous studies with rats, it has been proven that these ketones are fat burners, and this is the reason that raspberry ketone supplements are being widely marketed as an effective weight-loss solution. 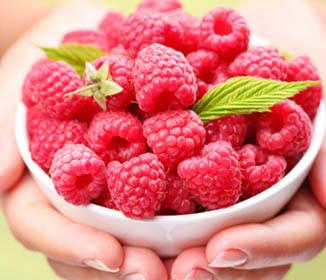 When using raspberry ketones as a supplement, the core temperature of the body is raised. This results in an increase in metabolism, causing the body to burn calories and fat much faster, and this is the reason that this compound has become popular as an effective fat burner. Even the overall fat that the body absorbs from a regular diet is also reduced by these ketones as well.

In a study conducted in Japan, rats on a high-fat diet were fed raspberry ketones, which prevented fat from accumulating in their liver and other tissues; this of course, resulted in weight loss. This somewhat proves that these ketones from the raspberry plant are actually effective as a fat burner and to boost metabolism. So far there have been no documented studies done on humans for this compound but based on feedback from users; ketones seem to work on humans as well. No negative side effects have been reported.

It is because of these positive traits that people are often recommended by dietitians, nutritionists and trainers to eat a few raspberries with meals. People who adhered to a healthy diet and consume raspberries on a daily basis noticed positive weight loss results. Other than these benefits, the fruit is also rich in fiber and has a delicious taste!

All of these beneficial and healthy properties make raspberries quite a healthy fruit. Supplementing with raspberry ketones is by far the most effective way to get to the daily recommended dosage (100mg-300mg) since it would take many pounds of actual raspberries to get the same amount of ketones; more than any human could likely eat in one day.

In conclusion, it is apparent that adding raspberry ketones into your daily diet regimen can aid in weight loss. Just remember, even though ketones have the potential to burn fat, this does not mean that they can replace regular exercise and a healthy diet.