Green tea has been consumed by people for centuries, most likely dating back to prehistoric times. It was first cultivated in Asia and has more health benefits than black tea. However, both green tea and black tea come from the same plant. The only difference is that black tea is more heavily processed. As with other foods, each extra step of processing robs it of some health-giving benefits. So what are the benefits of green tea?

That’s a great question. First, let’s admit that even though the first people who used green tea didn’t have modern degrees in science, they were more in tune with their environment, and out of necessity, their bodies as well. They may not have understood why green tea worked, but they were able to easily see the results. 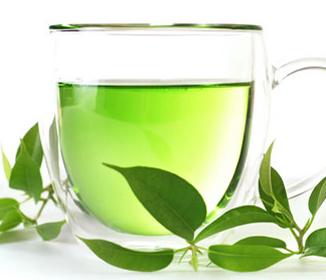 Now let’s take a quick step back into the present day. It turns out that modern scientists agree with the people of past centuries when it comes to the benefits of green tea. The only difference is that scientists have a better understanding if why green tea is so good for you. Tea contains flavonoids and polyphenols, catechin to be specific. This works as an antioxidant and has a positive impact on health. Here are some of the advantages of drinking green tea regularly.

1. Preventing heart disease. There is evidence that the compounds in green tea work to lower the absorption of cholesterol in the intestines. The thinking is that if the body takes in less cholesterol, then it can’t build up in the blood vessels. If that’s the case, then the risk of heart disease goes down.

2. Liver function. While modern medicine may not fully agree with the following, those who practice alternative medicine recommend drinking green tea to flush built-up toxins out of the liver. The liver works as the body’s main filter, and your health suffers when it gets backed up. Green tea may be the answer to this common problem.

3. Weight loss. Not only does green tea reduce the absorption of cholesterol, it does the same thing with fat. The more fat that passes through your system, the less there is to store. On top of that, compounds in green tea can lower the secretion of leptin. Leptin makes you feel like you’re still hungry, so keeping that under control will help you feel full sooner than you other wise would. The other aspect of green tea that aids in weight loss is that it can boost metabolism; burning off more calories even when you are at rest.

4. Cancer. Studies have shown a strong link between drinking green tea and a reduction in certain types of cancer. Just don’t drink it too hot as it could increase your odds of problems in the esophagus.

5. Diabetes. Another one of the benefits of green tea that researchers have found is that it can help regulate blood sugar levels.

Whatever it is that made our ancestors discover the benefits of green tea, it’s a good thing they did. It is a drink that not only tastes good, but it’s also good for you.

10 Ways to Lose Weight While On The Go

Fast Weight Loss Diets May Not Be So Fast