While herbal tea, among other varieties, have been popular around the world for a long time, it seems that they have only recently gained a widespread acceptance in the US. Perhaps this is partly due to health benefits associated with green tea. Not only is there more and more anecdotal evidence about how wonderful green tea is, but the scientific and medical communities are also adding their stamps of approval to the mix.

The Chinese people have considered tea a staple in their diet for centuries, most likely dating back to prehistoric times. Other Asian cultures have also incorporated tea as a main part of their diets. Not only was it used as a common beverage, it was also used as a form of medicine early on. There are some ancient documents that mention green tea as being used to treat food poisoning, aid digestion and ease the pain of headaches.

Modern medicine is finally starting to catch up with what people from past centuries already knew. The only real difference is that modern practitioners understand the chemistry behind the benefits of green tea.

To fully understand the benefits, it is first necessary to know the difference between green tea and the other types of tea. Just about every type of tea has some health benefit, but green tea is much better. The main difference is in how tea leaves are processed. 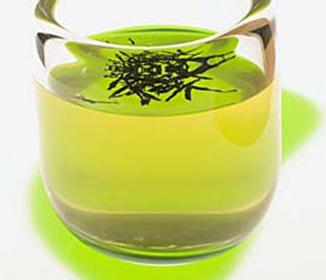 Black tea is fermented and processed a bit more heavily, which removes a certain degree of the health benefits. Green tea leaves are in a more natural state and the tea is made by pouring hot water onto the leaves. There is a chemical compound known as EGCG (which stands for epigallocatechin gallate) which is found in higher concentrations in green tea. Time and again, green tea has been shown to improve health in several ways.

Green tea is packed with antioxidant power. As mentioned, green tea contains EGCG which is an antioxidant that is effective at inhibiting the growth of cancer cells, and may also aid in breaking them apart. ECGC also prevents blood clots and helps in reducing bad cholesterol. That’s a good start, but there’s more.

Studies have shown a relationship between green tea and weight loss, as well. The antioxidants help boost the body’s metabolism, allowing it to burn calories more efficiently. It also helps you to feel more full by limiting the secretion of leptin (an enzyme that keeps you feeling hungry).

What other beverage can make you feel full and burn calories at the same time? Not only that, but green may also lower the amount of fat that is absorbed by the body, meaning more of it will pass through your system instead of sticking around in the form of flab.

Oh, and green tea can also help prevent cavities, freshen your breath, boost immunity, give you more youthful looking skin, reduce the risk for certain cancers and alleviate rheumatism. With all it has going for it, if you are not yet drinking green tea on a regular basis, you may wish to start doing so right away.