As a whole, people are more overweight than ever. It wouldn’t really be that big of a deal if obesity wasn’t a risk factor for a whole host of other health problems. Lately there has been some buzz surrounding green tea weight loss. Is there any truth to the potential effectiveness of such a diet?

There is substantial evidence that the Chinese have been harvesting green tea for at least the past 4,000 years. And there’s no telling how long they were using it in some form before that. So, while most people in the West think of it as nothing more than a beverage, people in the East have long revered it for its medicinal qualities as well. 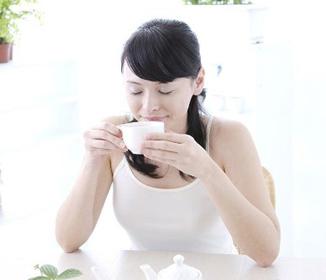 Of course, Western medicine takes a different approach to how it decides what works and what doesn’t for improving people’s health. It’s almost as though they think that if something is natural, then it can’t be medicine. Well, the good news is that viewpoint is starting to change, at least where green tea and weight loss is concerned.

A physiologist by the name of William Rumpler has been studying how green tea effects the oxidation of fat and energy expenditure in the body. In simple terms, he’s seeing how green tea boosts metabolism and increases weight loss. What follows are some of his early findings.

So, what does this mean? It means that it isn’t the caffeine in green that’s making people lose weight. Other studies have shown that green tea contains an antioxidant called catechin. This is showing some potential. It’s believed that catechin reduces how much fat the body absorbs, and may help people feel full sooner. Regardless of what is causing the weight loss, it does appear that green does, indeed, help in getting rid of excess pounds. As if that weren’t enough, green tea has more health benefits. It reduces the risk of some cancers, lowers bad cholesterol and helps flush toxins out of the body.

More studies on tea are being conducted all the time, but the proof that is already out there is pretty good. Green tea weight loss diets are based on traditional Eastern medicine, and gaining approval from Western science, as well. Drinking a few cups of green tea a day should be all you need to take some weight off. Round out the green tea with better eating and more activity and you will take off more weight and improve your overall health at the same time.

10 Ways to Lose Weight While On The Go