Organic green tea has a lot of benefits. what makes it different from other teas is that the leaves are picked and dried before they have a chance to ferment. This lower level of processing–compared to other tea–makes sure that green tea retains more of its beneficial properties. A lot of people prefer the aromatic and fresh flavor of organic green tea, or may drink it with its positive effects on the body in mind. In fact, green tea is a part of many diets and is made into supplements of various forms.

Organic green tea traces its history back to Asian cultures where it was used as both an herbal medicine and a beverage. One of the earliest documented uses of green tea was as a way to heal wounds and control bleeding. While there is no way to know for sure, there is strong evidence that people have been drinking tea for nearly 500,000 years. Its medical properties have been embraced by the Chinese for centuries prior modern researchers.

A powerful class of antioxidants known as polyphenols are found in abundance in green tea. Polyphenols have been shown to limit the formation of blood clots, attack cancer cells and lower the levels of bad cholesterol in the body. There is no doubt that organic green tea is beneficial to one’s health. 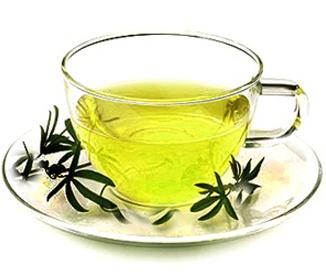 What makes green tea different than its black counterparts is the way in which it is processed. While both come from the same basic tea leaves, organic green is steamed so it retains most of its beneficial compounds. This is opposed to other tea where the leaves are fermented, which leads to the destruction of many of the compounds found in green tea.

While Western medicine doesn’t always embrace the health benefits of food and drink, here are some of the things green tea is believed to do:

Preventing cancer – This is because the polyphenols act as antioxidants, keeping cancer sells fro growing.

Immunity – Green tea may be able to decrease the chances of getting the flu.

Improved digestion – The tannins in tea cleanse the digestive tract and soothe the stomach.

However, it should be noted that green tea also contains caffeine. This means it can cause sleeplessness and make some people jittery, but it is still lower in caffeine than coffee.

With all of its health benefits, organic green tea is a wonderful beverage that can be enjoyed without guilt. And it’s fresh and aromatic flavor make it enjoyable, indeed.